When I started this series on dealing with grief at the beginning of the year, I didn’t realize just how much it would affect the year ahead. I had just lost my grandfather, a wonderful man who was truly a second father to me, and I knew that my life would forever be changed. It’s one of the reasons I wanted to write about grief and the various ways it shows up in our lives – in my life. But grief would become rather a theme for the year.

NOTE: This post is a personal account of finding strength in anger. It includes references to sexual assault and emotional abuse.

Grief comes with any loss, and this year I saw many: the loss of my grandfather, the loss of a fifteen-year friendship, the loss of another great man who served as an enduring father figure and strong role model, the loss of a chapter in my life I had clung to for too long, and the loss of some of the heavy burden of guilt that has adorned my neck for as long as I can remember. While the other losses are still with me, and I am still processing, it is this last loss that I want to talk about in this post.

Ever since I can remember, I have felt guilty. As many of my readers already know, I was diagnosed with juvenile rheumatoid arthritis (JRA, now called juvenile idiopathic arthritis) on my second birthday. I began showing signs at 18 months by refusing to walk as the painful inflammation took root in my knees. Although my JRA went into remission within three years, my earliest memory is one of pain, both physical and emotional. The physical pain was caused by my arthritis, and the emotional pain came from a growing understanding that my pain caused my parents pain. At the same time, my parents were separated and would divorce when I was four. Like many children of divorce, I unconsciously took it upon myself to make my parents happy. If they showed signs of stress or discontent, I felt somehow at fault. Guilty. This habit extended to every friend I had growing up and to every romantic relationship I entered. The emotion I feel most comfortable with? Guilt.

I made this conscious discovery in therapy a few months ago, and I’ve been slowly working through the emotions that have come with this realization. But with the realization also came a rush of other memories for which I have too long felt guilty.

It is this last guilt that finally broke through, I think. Twelve years after the fact. For twelve years – and even now – I’ve felt guilty that I might have hurt this boy’s college career. He lost his position as a resident adviser over the case – although that was because he had given alcohol to a minor in his dormitory, not the alleged assault. He finished his semester, found a new place to stay for free on campus, and finished his degree, and yet somehow I still felt guilty. I asked that it stay off his permanent record and only be brought up if another girl stepped forward with similar allegations, and still I felt guilty. I had been drunk and invited him over, I told myself. I had been the one flirting. And it wasn’t like we hadn’t been friendly before. He had been the one to take advantage of a falling-down drunk girl who slipped in and out of consciousness, and still I felt guilty. Still, it was somehow all my fault. Like my mother taught me, I believed that the only way forward was to claim responsibility for my own poor decisions and not allow myself to feel like a victim. I left school and moved on with my life, vowing to forget the whole ordeal – but the guilt stayed with me.

The emotion I feel most comfortable with?

This year, listening to Dr. Blasey Ford’s share her story during the Senate hearings for the confirmation of now-Justice Kavanaugh, something in me broke free. I began to feel something, an emotion that I have never been very comfortable with: Anger.

In truth, anger has been seeping out of me in tiny spurts for more than two years. Anger that my grandfather never seemed to listen to medical advice and had a stroke, spending most of the last months of his life in rehab facilities and hospitals. Anger with friends who seemed to take me for granted. Anger that my parents didn’t protect me from things like toxic friends, an emotionally abusive step-parent, or their own flaws as human beings (anger doesn’t have to be rational). Anger at every boy who whispered filthy things to me in a classroom where I was supposed to feel safe. Anger at every teacher who saw bullying and did nothing. Anger at every catcall and vulgar pick-up line tossed my way as I walked down the street. Anger at every hand that groped at my breasts, my backside, my crotch in bars, at clubs, on busy sidewalks, at parties. Anger at society for telling me over and over again to never be angry, to never speak up, to always be “understanding.” Anger at myself for complying.

This last anger is the main source of much of my guilt, and it hits at the sore spot of loss I have tried to protect my entire life. Loss of self-esteem. Loss of self-worth. Loss of… self. It wasn’t until I set my anger free that I was able to understand this loss, this grief over losing my sense of self and control over my body and my self. And through this anger I have been able to finally mourn these losses and begin to let them go.

Anger can be destructive and lead to dark places and actions. But it can also lead to breakthroughs. In my case, finding the anger in my grief and allowing myself to see myself as a victim of assault, abuse, and just plain old life has also allowed me to grieve and let go of the guilt. Because so much in life, even when we want it to be, is not in our control and not our “fault.” When we hold onto the anger of our grief, it can become equally as destructive and lead to even darker places and actions.

I have long known about the stages of grief and always seen anger as the least helpful. This year, though, for the first time I recognize how helpful it can be. For me personally, it just might be the most helpful component of all. 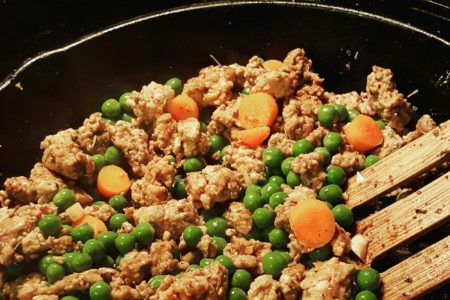 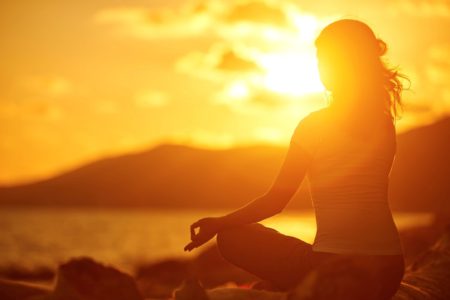 Finding Restoration, One Practice at a Time 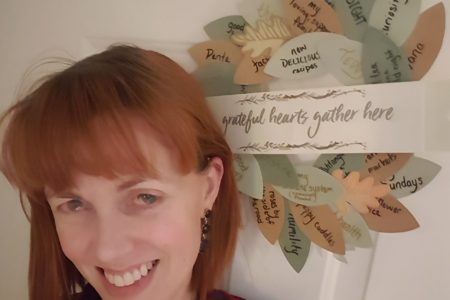